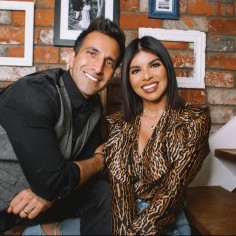 ABOUT OUR SAN GABRIEL VALLEY: Join a strong tribe of San Gabriel Valley residents who get weekly information on the best coffee shops, happy hours, restaurants, sporting events, and other fun activities in and around San Gabriel Valley, CA. We look forward to sharing our journey as a married couple and business partners in the hopes of giving you unique industry insights, home buying and selling tips, and highlighting our favorite spots and things to do in and around Our San Gabriel Valley. Explore a wide variety of neighborhoods, personalize your finishes, and design the perfect home for you.
» View Allof the Communities

Alhambra is a city located in the western San Gabriel Valley region of Los Angeles County, California, United States, approximately eight miles from the Downtown Los Angeles civic center. Alhambra is known as the Gateway to the San Gabriel Valley.  Incorporated in 1903, the city was named after “The Tales of the Alhambra” by Washington Irving. Although … END_OF_DOCUMENT_TOKEN_TO_BE_REPLACED Founded in 1887 and incorporated in 1906, La Verne is nestled in the foothills of the San Gabriel – Pomona Valleys. La Verne is situated approximately 35 miles east of Los Angeles and has a population of over 33,000. Although La Verne is located in metropolitan Los Angeles County, it is a “close-knit” community which … END_OF_DOCUMENT_TOKEN_TO_BE_REPLACED

Monrovia is a city located in the foothills of the San Gabriel Mountains in the San Gabriel Valley of Los Angeles County. It is approximately 20 miles northeast of Los Angeles and just eight miles east of the City of Pasadena.  Monrovia has been used for filming TV shows, movies and commercials and is considered to be historically, culturally, and economically … END_OF_DOCUMENT_TOKEN_TO_BE_REPLACED 3 Best Practices for Selling Your House This Year A new year brings with it the opportunity for new experiences. If that resonates with you because you’re considering making a move, you’re likely juggling a mix of excitement over your next home and a sense of attachment to your current one. A great way to ease … END_OF_DOCUMENT_TOKEN_TO_BE_REPLACED What Buyers Need To Know About the Inventory of Homes Available for Sale If you’re thinking about buying a home, you’re likely trying to juggle your needs, current mortgage rates, home prices, your schedule, and more to try to decide if you want to jump into the market. If this sounds like you, here’s one key … END_OF_DOCUMENT_TOKEN_TO_BE_REPLACED Will My House Still Sell in Today’s Market? If recent headlines about the housing market cooling and buyer demand moderating have you worried you’ve missed your chance to sell, here’s what you need to know. Buyer demand hasn’t disappeared, it’s just eased from the peak intensity we saw over the past two years. Buyer Demand Then and … END_OF_DOCUMENT_TOKEN_TO_BE_REPLACED "We thought selling our home during this Pandemic would be difficult and stressful. HOWEVER our initial consultation with Salud Leon-Marroquin and Marlon Sebastian Marroquin left us feeling at ease. They suggested a few improvements to maximize profit and laid out a time map for us, this alone got   us and kept us on track. Once sell time came, they contracted a great photographer who took amazing pictures and created a 3D tour to overcome the no open house order. Lastly, they did a great job scheduling viewing appointments to ensure everyone was safe. Once we had offers in, their strategies focused on getting us the most for our property, and they surely delivered! Come move out day, they showed up with doughnuts and masks ready to help us move! How awesome is that!?? Thank you both SO MUCH for your help and guidance! If anyone is looking to sell or buy this couple team is The Absolute Best!"
– Jessica G.
Read More